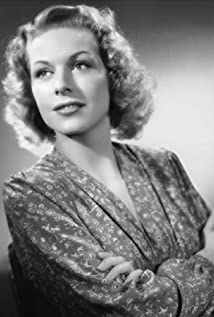 Madeleine Robinson grew up in a struggling working class background but found her métier as an actress after attending the theater school run by Charles Dullin, six years that she considered the happiest of her life. The stage would stay her main love even though she would lend her striking presence to over 100 roles in film and on Tv over six decades.She was particularly acclaimed in the theater for her Blanche in A Streetcar Named Desire (a role Arletty also played) and her ferocious Martha in Who's Afraid of Virginia Woolf. Sensitive to what she saw as unfair treatment by the French press and media she left her native country after 50 years and retired to Switzerland. She was still able to catch touring productions of plays there, but this way, she said in an interview, she was able to see only the worthwhile ones and not the mediocre ones she might have gone to were she still in Paris. She wrote a memoir on her career, Belle Et Rebelle. She regretted never having become a "star" in the sense that she was the woman the main male character would embrace in the fadeout, but she was grateful for the fellow actors she got to know and for getting to work with major directors like Jean Gremillon.

The Gentleman from Epsom

The Taste of Violence