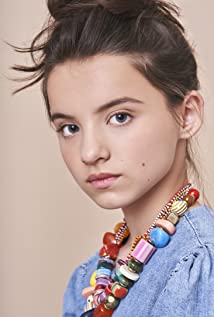 Maddy McGraw was born as Madeleine Grace McGraw on December 22, 2008 in San Jose, California. Actress Madeleine McGraw has quickly made a name for herself as one of the most-watched young stars on the rise in the entertainment industry today. In 2016, Madeleine starred in the drama television series Outcast, which premiered on June 3rd 2016 on Cinemax/Fox International. From Robert Kirkman, the creator of The Walking Dead, the show follows Kyle Barnes (Patrick Fugit), a young man who has been plagued by possession since he was a child. Now an adult, he embarks on a journey to find answers, but what he uncovers could mean the end of life on Earth, as we know it. Madeleine is a scene-stealer as Kyle's daughter Amber Barnes, and her performance is already garnering acclaim from reviewers. Cinemax/Fox International upped Madeleine to Series Regular for the much anticipated season 2 of Outcast.Originally from San Jose, California, Madeleine started acting and modeling at the age of four, landing several high fashion print ads. Just before her fifth birthday, Madeleine was cast in a SAG feature film short, Hide and Seek. Soon after, she booked a guest star role on the FOX hit show Bones (2014) and another on the ABC show Selfie(2014). 2014 ended up being a banner year for the tiny star on the rise as she also made her feature film debut as McKenna, Bradley Cooper's daughter in the Academy Award nominated film American Sniper, directed by Clint Eastwood.Madeleine has also lent her voice to projects and she currently recurs as Rita on the animated series Clarence for Cartoon Network and she voices Maddy McGear (named after her) for the much anticipated Disney/Pixar's Cars 3. On the modeling front, Madeleine has worked with Guess, H&M, Abercrombie Kids, Pottery Barn kids, Coppertone, AARP, USAA, Pedigree, Under Armour, Minnetonka, Hasbro, Ralph Lauren, and many others.When she is not acting, you can find Madeleine playing soccer and hanging out with her siblings. She has a twin brother (Aidan) and is one of 4 children with older and younger siblings, Jack and Violet, all of whom work in acting and modeling.

The Curse of la Llorona