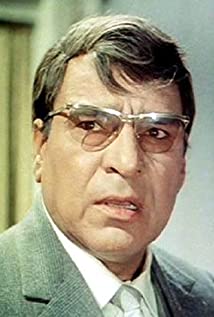 His debut film was Khazanchi 1941 in which he played a small role of co-cyclist in the song "Sawan Ke Nazare Hai" along with Jankidas, Ramola Devi & Manorama. The film was directed by Dalsukh M.Pancholi. Madan Lal Puri was born in 1915 to S. Nihal Chanda Puri and Ved Kaur. He had four siblings, elder brother Chaman Lal Puri, younger brothers Amrish Puri and Harish Lal Puri and younger sister Chandrakanta Mehra. He was the first cousin of the legendary singer K.L. Saigal. He was known as Maddie Uncle to youngsters. He has three sons Pravesh Puri (grandson is Vikram Puri), Kamlesh Puri (granddaughters Kanchan Puri & Sonal Puri) & Ramnesh Puri (grandson Amrit Puri & granddaughter Ishita Puri), all of whom are based in Mumbai. He died in 1985 of a heart attack at the age of 69. He was a resident of Venus Apartments, "F", 11th floor, on Worli Seaface in Mumbai. Several films were released after his death right until 1989 with his final film being Santosh.