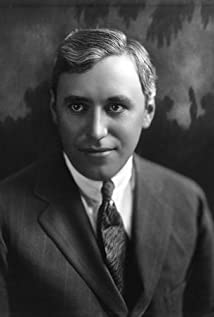 Mack Sennett was born Michael Sinnott on January 17, 1880 in Danville, Quebec, Canada, to Irish immigrant farmers. When he was 17, his parents moved the family to East Berlin, Connecticut, and he became a laborer at American Iron Works, a job he continued when they moved to Northampton, Massachusetts. He happened to meet Marie Dressler in 1902, and through her went to New York City to attempt for a career on the stage. He managed some burlesque and chorus-boy parts. In 1908, he began acting in Biograph films. His work there lasted until 1911; it included being directed by D.W. Griffith and acting with Mary Pickford and Mabel Normand. By 1910, he was directing.In 1912, he and two bookies-turned-producers--Adam Kessel and Charles Bauman--formed the Keystone Film Company. Sennett brought Mabel Normand with him and soon added Roscoe 'Fatty' Arbuckle, Chester Conklin Al St. John, Slim Summerville, Minta Durfee and Charles Chaplin (who was directed by Sennett in 35 comedies during 1914). He told Chaplin, "We have no scenario--we get an idea, then follow the natural sequence of events until it leads up to a chase, which is the essence of our comedy." To the slapstick chase gags of the Keystone Kops were gradually added the Bathing Beauties and the Kid Komedies. In 1915 he, Griffith and Thomas H. Ince formed Triangle Films.Comedy moved from improvisational slapstick to scripted situations. Stars like Bobby Vernon and Gloria Swanson joined him. In 1917, he formed Mack Sennett Comedies, distributing through Paramount--and later Pathe--and launching another star, Harry Langdon. When Sennett returned to Paramount in 1932, he produced shorts featuring W.C. Fields and musical ones with Bing Crosby. After directing his only Buster Keaton film, The Timid Young Man (1935), he returned to Canada a pauper. In 1937, he was awarded a special Oscar--"to the master of fun, discoverer of stars... for his lasting contribution to the comedy technique of the screen."Mack Sennett died at age 80 on November 5, 1960 in Woodland Hills, California, and was interred at the Holy Cross Cemetery in Culver City, California. For his contributions to the motion picture industry, he received a star on the Hollywood Walk of Fame, and a star on Canada's Walk of Fame.

The Fatal Glass of Beer