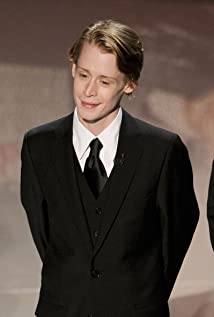 Macaulay Carson Culkin, one of the most famous American child stars, was born on August 26, 1980 in New York City, New York, USA, as the third of seven children of his father Kit Culkin (a former stage and child actor and also Macaulay's former manager) and mother Patricia Brentrup. He is the brother of Shane Culkin, Dakota Culkin, Kieran Culkin, Quinn Culkin, Christian Culkin, and Rory Culkin, most of whom have also acted. Macaulay's mother, who is from North Dakota, is of German and Norwegian descent. Macaulay's father, from Manhattan, has Irish, German, English, Swiss-German, and French ancestry."Mack", as he's known to his close friends and family, first came into showbiz at the age of 4, appearing in a string of Off-Broadway shows such as the New York City Ballet's The Nutcracker and, by 8 years-old, the films Rocket Gibraltar (1988) and See You in the Morning (1989), which included him in the rare company of kids who have received rave reviews from The New Yorker and The New York Times.By the age of 9, the young actor had nearly upstaged star John Candy in Uncle Buck (1989) (his deadpan interrogation of Candy was Buck's funniest scene). Then, in 1990, writer John Hughes turned his finished Home Alone (1990) script over to director Chris Columbus with a suggestion to consider Culkin for the lead. Though Macaulay was the first kid Columbus saw, he was skeptical about having him in the lead and saw over 200 other possible actors and he admitted that no one came as close to being as good as Culkin. By the callback interview, Mack had memorized two scenes, and Columbus was sure he found his "Kevin McCallister". The movie grossed more than $285 million in the US alone, becoming one of the highest grossing movies of all time and making Macaulay Culkin one of the biggest movie stars of the time.His next big project was My Girl (1991) in which he played "Thomas J. Sennett", a boy who seems to be allergic to everything. Despite some controversy over the ending, the film was released anyway and proved to be another hit film for Mack (and featured his very first kiss). In 1992 came Home Alone 2: Lost in New York (1992), which grossed more than $172 million in the US alone. In 1993 came The Good Son (1993), which was the first role to depart from his cute kid comedies. He played a murderous little demon named Henry. He got the role when his powerhouse negotiator/manager/father Kit Culkin said that he would pull Mack out of Home Alone 2: Lost in New York (1992) unless he was given the psychotic boy lead in The Good Son (1993). He was also given a salary of $5 million for the film.In 1994, at the age of 14, came a string of duds, The Pagemaster (1994), Getting Even with Dad (1994) and Ri¢hie Ri¢h (1994). He was paid $8 million for the last two, the highest salary ever paid for a child star. Many people believed Mack had lost his touch, though, because he was no longer that cute tiny kid they saw in Home Alone (1990). In 1995 his parents, who were never married, separated and started a greedy legal battle over the custody of their kids and Mack's fortune. In 1996, the young actor had reportedly said he wouldn't accept any roles until his parents settled their custody dispute. That case would not be resolved until April 1997 when Kit Culkin relinquished control to Brentrup.In 1998, Macaulay married actress Rachel Miner, but separated in 2000 because Rachel wanted to start a family and Mack wanted to get back into acting. There has been a gap of eight years since 1994's Ri¢hie Ri¢h (1994), and although he made a 'comeback' on stage in 2001, appearing in a London production of "Madame Melville", and also portrayed Michael Alig in Party Monster (2003); with an estimated fortune of $17 million he clearly never has to work again - if the roles don't appeal to him.