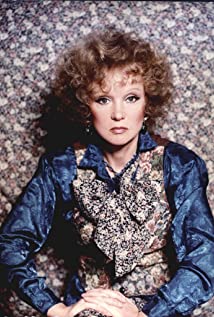 Lyudmila Gurchenko was a popular actress in the Soviet Union during the 1950s - 1980s, she was best known for Carnival in Moscow (1956), Five Evenings (1979) and Siberiade (1979).She was born Lyudmila Markovna Gurchenko on 12 November 1935, in Kharkov, Ukrainian Soviet Republic of the USSR. She studied acting at the VGIK (Soviet State Institute for CInema), graduating from the class of Sergey Gerasimov in 1956. That same year she shot to fame in the Soviet Union, aftr delivering a stellar performance as singer Lenochka Krylova in Carnival in Moscow (1956), by director Eldar Ryazanov.Gurchenko's film partners were such Russian stars, as Oleg Borisov, Sergei Shakurov, Aleksandr Abdulov, Oleg Basilashvili, Mikhail Boyarskiy, Igor Ilyinsky, Yuriy Nikulin, Armen Jigarhanian, Oleg Tabakov, Stanislav Lubshin, Andrey Mironov and Aleksandr Mikhaylov among others.Lyudmila Gurchenko was married five times and had one daughter with her first husband, Boris Andronikashvili. She died of a pulmonary failure on 30 March 2011, at age 75, and was laid to rest in Moscow, Russia.

Flights in Dreams and in Reality

A Railway Station for Two