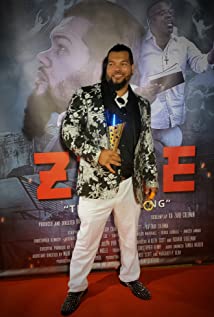 Lyon Beckwith was born in a housing project in the mean streets of one of the leading murder capitals of the world Baltimore city. With a drug addicted unemployed mother, no father, and sometimes no home, Lyon's future seemed bleak; however, determined to show himself, the world, and of course the naysayers that it's not where you're from, but where you're going, Lyon immersed himself into several diverse career endeavors from modeling to dancing to Mixed Martial Arts, yet settled on his passion for acting. As a result, he's been affectionately called the Best Bad Guy money can buy; primarily, due to his imposing onscreen presence, as well as his ability to play a variety of menacing roles.