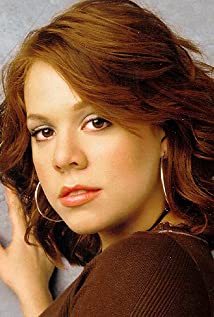 Lynsey Bartilson was born in Edina, Minnesota on July 1, 1983, and moved to Los Angeles with her family at four. A dancer from a very young age, Lynsey won her first talent competition at the age of seven, in solo dance. She discovered her love for comedy in a summer drama class, when she was cast as the Wicked Witch in The Wizard of Oz, even though she was the smallest child in the class. With a soon-revealed instinct for comedic timing, Lynsey had 'Dorothy' shaking with fear, and the audience roaring with laughter.Lynsey began acting professionally at the age of 9, with guest appearances on television and video. At the same time, she was performing in professional musical theater productions across Los Angeles. She played Annie in three different productions; starred as Ramona Quimby, and got great notices as Effie Lou in the world premiere of Amelia Bedelia. She won a Dramalogue Award for her performance as Young Maxine in Situation Tragedy. She also continued dancing professionally, appearing twice in the Joffrey Ballet's annual Nutcracker. All of that musical theater experience paid off when CBS began looking for a young triple-threat to star opposite Angela Lansbury in the Hallmark Christmas musical special, Mrs. Santa Claus. Lynsey was chosen from more than 500 girls who auditioned for the part.Lynsey enjoys helping others achieve their goals. The director and choreographer for Celebrity Centre's Kids on Stage for a Better World, Lynsey works with 40-50 youngsters to create positive-message benefit concerts for the disadvantaged. Under Lynsey's direction, the group was awarded the Young Artists Awards Michael J. Landon Community Service Award. In addition, Lynsey is currently the International Spokesperson for Youth for Human Rights. The purpose of this group is: "To teach youth around the globe about human rights, thus helping them to become valuable advocates for the promotion of tolerance and peace."