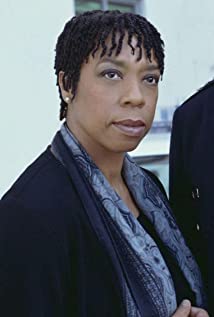 Multi-talented actress Lynne Thigpen was born Cherlynne Thigpen in Joliet, Illinois, on December 22, 1948. She performed in community theater and university theater productions while attending the University of Illinois at Urbana-Champaign. Following graduation, she taught high-school English for a short time, but her interest in acting eventually prevailed over teaching. Her desire to act professionally was further fueled by a strong set of vocal chops.Moving to New York, Lynne subsequently won a singing role as part of the ragtag disciple ensemble in the hip, flower-powered musical "Godspell" in 1971. Two years later she transferred her role to film along with several other members of the original stage cast. Godspell (1973) opened a major door for the actress as a performer of boundless energy and vocal power, as exemplified by her rousing version of "O Bless the Lord My Soul."Lynne continued on the 1970s musical stage with roles in "The Magic Show" and the blue-collar piece "Working," and in 1981 earned a Tony nomination for her powerhouse performance in "Tintypes." She eventually reasoned, however, that if she was to be taken seriously as a dramatic actress, she would need to refocus her energies. She then abandoned her tuneful ways and ventured assertively into films and TV.During her 30-year career, Lynne went on to appear in nearly 40 movies and numerous television series, usually secondary in nature but alternately fiery and dignified in character. Lynne became a strong, set-jawed figure in social and urban drama as she managed to avoid the easy pitfalls of typecasting. Though most of her early film parts seemed small and insignificant, she continued to grow and gain a more assured footing while appearing in such popular features as Tootsie (1982), Sweet Liberty (1986), Hello Again (1987), and Running on Empty (1988).Every now and then she was given a chance to shine, as with her volatile school parent in Lean on Me (1989). TV was a more palpable and productive medium for her with a stand-out recurring role as a judge on L.A. Law (1986) and a long-running part on the daytime soap All My Children (1970). She also committed herself to wholesome viewing for children, portraying the unnamed Chief on the PBS children's series Where in the World Is Carmen Sandiego? (1991) and Where in Time Is Carmen Sandiego? (1996), earning four Emmy nominations in the process.Throughout the years, Lynne remained a vital force on the stage. She won a Los Angeles Drama Critics award for her performance in August Wilson's "Fences," two off-Broadway Obies for Athol Fugard's "Boesman and Lena" (1992) and "Jar the Floor" (2000), and a Tony for "Best Supporting Actress" for her portrayal of a half-Black, half-Jewish feminist in "An American Daughter" (1997).Other strong theater roles came with "A Month of Sundays" (1987) and as a spunky 101-year-old maiden woman in "Having Our Say." Lynne's dusky-voiced command was also utilized to narrate more than 20 socially relevant books on tape. Her last regular TV series role was as police clerk and computer expert Ella Farmer on The District (2000), a role she played until her sudden death.Lynne was found unconscious at her home in Marina del Rey, California, by a friend. She died on March 12, 2003, age 54, of a cerebral hemorrhage. Her final film Anger Management (2003), which starred Adam Sandler and Jack Nicholson, was released posthumously.

King of the Hill