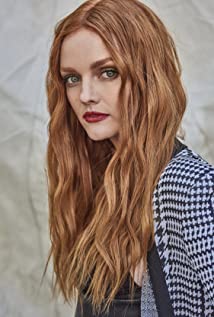 Actress and Supermodel Lydia Hearst is the great-granddaughter of publishing scion William Randolph Hearst. She resides between Los Angeles and New York City working full time in both film and fashion. Born in New Haven, Connecticut, Lydia has also spent much time living in London and Paris.As a child she spent time on the set of John Waters' films with her mother, Patricia Hearst. This inspired Lydia in her decision to pursue a career in entertainment. Lydia now spends much time acting, writing and developing film scripts.After graduating from Wilton High School, she enrolled in Sacred Heart University where she majored in Communications and Technology until being discovered by fashion photographer Steven Meisel in 2003 and put on the cover of Vogue Italia in April 2004.Hearst has covered countless fashion magazines in Italy, France, Korea, Japan, Latin America and the United States. She has worked with the greatest photographers in the world including Steven Meisel, Patrick DeMarchelier, Ellen Von Unwerth, Mario Testino, Paulo Roversi, Inez van Lamsweerde & Vinoodh Matadin, Bettina Rheims, Mark Abrams, Peter Lindbergh and Terry Richardson.At the 2008 Michael Awards, Lydia was recognized as "Supermodel of the Year," as well as acknowledged and given the award for "Best International Supermodel" at the Madrid Glamour Awards on November 12. Hearst also won 'Best Actress' on October 22, 2015, at the International Film Festival Manhattan for her role of Chanel in Stealing Chanel, and she also received the "Rising Star Tribute" at the Napa Valley Film Festival in November 2015, for her rising status as a successful, working actress.At present, Lydia is seriously focusing on her acting and is a rising star in Hollywood. Her 5'7" stature and doll-like face has made her the perfect match for on-screen roles and print-work alike. Since stepping into the limelight, she has set runways, editorials, magazine covers, advertisements and film sets ablaze with a sophisticated, doll-like style and a dedicated no-nonsense attitude.Hearst can be seen in supporting roles in Gossip Girl (2009), Two Jacks (2011), Mistresses (2013), Cabin Fever: Patient Zero (2014) with Sean Astin, Desire (2014) with Johnny Knoxville, #Horror (2015) with Natasha Lyonne and Balthazar Getty which premiered November 18, 2015 at the MoMA, and Two For One (2016) with Jonny Abrahams and Jason Biggs, and starring in films such as Automobile Waltz (2014) with Anton Yelchin, Condemned (2015) with Dylan Penn which premiered at Screamfest on October 18, 2015, Guys Reading Poems (2016) with Alexander Dreymon, Downside of Bliss (2016), Stealing Chanel (2015) with Carol Alt and Adam LaVorgna premiering on LMN fall 2015 and internationally spring 2016. Lydia can also be seen regularly guest-starring in the network series from Eli Roth and Blumhouse which premiered November 27, 2015, South of Hell, and in the romantic comedy, Swing State (2016) with Alexander Beh and Angela Kinsey, and supporting in Two For One (2017) with Jonny Abrahams and Jason Biggs. Lydia can most recently be seen as a reoccurring guest star as Pandora on SyFy's hit series Z Nation, playing the wife of Nicholas Cage in Between Worlds, co-starring with Hilary Duff in the psychological thriller The Haunting of Sharon Tate (2019), and in supporting roles in Grace & Grit alongside Mena Suvari (2020), and Root Letter (2020).On August 20, 2016, in Pasadena, California, Hearst married Chris Hardwick.

The Haunting of Sharon Tate