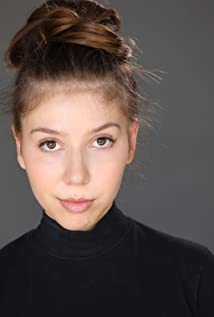 Lulu is a native L.A. girl, born in Santa Monica, California. From the time she could walk, Lulu could be found singing and dancing on any stage in sight- real or makeshift. By age four Lulu was performing at various local community theaters in children's productions. Lulu performed on stage through age nine, starring in Annie, Mary Poppins, Peter Pan, Jungle Book and other original productions. Lulu also completed five seasons studying and performing Shakespeare at The Will Geer Theatricum Botanicum. At nine years old, while performing in a showcase produced by her acting academy, Lulu was scouted by talent agents and was signed within days.Lulu's television credits include national commercials, extensive work for AwesomenessTV and DreamworksTV, guest starring roles on Nickelodeon's sketch comedy show AwesomenessTV and Nick Jr.'s Mutt & Stuff. Most recently, Lulu can be seen in the recurring role of Ellie Peters on Disney Channel's Stuck in the Middle, now in its third season. When not working, Lulu tries to get to dance class or pick up her guitar as often as possible, and enjoys spending her free time with her friends, mom and dad and three dogs.