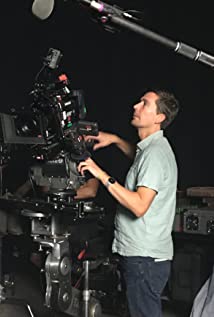 Luke is an award-winning film and television writer / director. He is currently creating and writing new series Strangers, which he is due to direct in the autumn of 2022. He co-created and co-wrote The Drowning, a four-part identity thriller for Channel 5 which premiered in 2021 and went on to become its highest-rated and most watched drama in 25 years. He was also lead director on new series The Swarm in 2021, which is due to premiere in 2023.Luke has directed many prime-time TV drama series, including Britannia, Ripper Street, Criminal Justice, Spotless, Shameless and The Village, as well as one-off TV films for the BBC: Random Quest (2006), an adaptation of a John Wyndham science fiction story, and A View From A Hill (2005), an adaptation of an M.R. James ghost story.Luke won a BAFTA for the first series of Criminal Justice (2008), in the Best Drama Serial category, as well as the Prix Italia for Best Drama 2009, Best Drama Serial at the Broadcast Awards 2009, and TV Crime Drama of the Year at the ITV3 Crime Thriller Awards 2009.Luke studied at The Royal College of Art and is represented in the U.K. by 42 M&P.