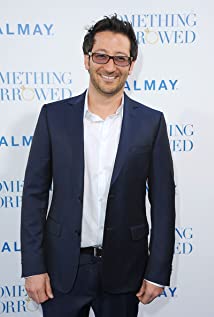 Luke was born in Manhassett, New York and grew up in Westport, Connecticut.He's best known for creating films that are unpredictable and surprising to audiences such as his film, "The Girl Next Door." His films tend to have high-concept ideas that combine drama and comedy, or comedy and suspense. Luke writes and directs with a major emphasis on character and utilizes the power of music to help create emotional moments.He began making movies at the age of 10 when his uncle gave him an old Super-8mm movie camera. As a kid, he was either making movies or watching them. He was brought up on the films of Francis Coppola, Marty Brest, John Hughes, Oliver Stone, Milos Forman and of course, Steven Spielberg. At age 13, Luke's dream was to become a filmmaker.Luke's mother was concerned about this dream. They didn't know anyone or anything about the movie industry. So without Luke's knowing, his mother wrote a passionate letter to Steven Spielberg, Luke's filmmaking idol. In the letter she asked Spielberg if Luke had what it took and included two of Luke's high school short films.Miraculously, the letter reached Steven Spielberg, and not only did he watch Luke's high school films, but he was so impressed, he wrote Luke a 2-page handwritten letter.Spielberg encouraged Luke to continue making films and gave Luke some very telling advice about how to truly "reach" audiences. (Advice Luke claims he still uses today.) At the end of the letter Spielberg wrote: "Maybe someday our paths will cross - your raw beginnings are so similar to my own that I know you'll make it." His letter was the beginning of a story that would come full-circle years later.Before Luke had graduated high school, he was accepted as an undergraduate to the USC School of Cinema-Television. There he made several student films including "Alive & Kicking," which won awards at many film festivals and Luke signed with his first agent, Jeff Robinov at ICM, at the age of 21. In 1994, Luke graduated from the USC Film School.In 1999, Luke co-wrote and directed the short film, "The Right Hook." Adam Sandler and producers, Todd Garner and Greg Silverman, saw an early cut of the short and gave Luke his first opportunity to direct a studio feature called "The Animal" starring Rob Schneider. It was also Luke's first experience to direct a film he didn't co-write or write the screenplay himself.Immediately after "The Animal," Luke went back to creating and directing his own material with the edgy coming-of-age film, "The Girl Next Door." The film was a breakout surprise for audiences and the studios as well. It was a teen comedy that transformed into a character journey combining comedy with realistic danger and poignant emotional moments. The film struck a chord with audiences and demonstrated the types of films Luke wanted to make. It also launched the careers of such new faces as Emile Hirsch, Olivia Wilde, Timothy Olyphant, Paul Dano, Chris Marquette and Elisha Cuthbert.With the success of "The Girl Next Door," Luke's relationship with his childhood idol, Steven Spielberg, came full-circle. Spielberg happened to be a fan of "The Girl Next Door" and was surprised to discover Luke was the same kid he had written to 16 years earlier encouraging him to be a filmmaker. The two finally sat down together and discussed Luke's ultimate passion projects he's always wanted to make. But Luke was contractually under a first-look deal with 20th Century Fox and New Regency. This prevented Luke from setting up any of his passion projects with Spielberg and DreamWorks at the time.In 2004, Luke created his film & TV production company, WideAwake, Inc., which gave Luke his first foray into television. He directed the critically acclaimed television pilot, "Aliens in America" for NBC/Universal Studios and the CW Network.At New Regency, Luke created a few of his passion projects, including the comedy, "Role Models," which he produced for Universal Pictures.Luke was then approached by producer Molly Smith to direct the film adaptation of the best-selling novel, "Something Borrowed." It was a bit out of his wheelhouse, but Luke was intrigued by the book and wanted to work with Molly Smith. The film was released by Warner Brothers in May 2011. The film became a cult hit and the studio is now developing the sequel.Luke went back to directing his own material with the action-comedy, "Let's Be Cops," a film he developed from scratch which he co-wrote, directed and produced at 20th Century Fox. Like he successfully did with "The Girl Next Door," Luke cast newer faces such as Jake Johnson, Damon Wayans Jr., Keegan-Michael Key (from "Key & Peele"), Nina Dobrev, Rob Riggle and a pivotal role by Andy Garcia.20th Century Fox released "Let's Be Cops" on August 13th, 2014. The film was made for a total of $17 million and grossed over $137 million worldwide, becoming one of the most profitable films for Fox in 2014.In January 2015, Luke sold his passion project, "Destiny," to Steven Spielberg and

How to Time Travel