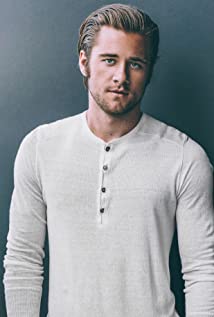 Luke began his acting career at the age of five, appearing as Mel Gibson's son in "We Were Soldiers." Not knowing how to read yet, he simply recited the pledge of allegiance-a move that would land him the role. He was also cast as "Stevie Dewberry" in the family film "Because of Winn-Dixie" at age eight, after choosing to audition with a toothpick in his mouth. The choice set him apart from the hundreds of boys vying for the role. The director, Wayne Wang, loved the idea and even used it in the film. In 2006, Luke was cast in Walden Media's "How to Eat Fried Worms" as the main character of "Billy Forrester." However, it wasn't until he was a freshman in high school that Luke realized that acting was what he wanted to do for the rest of his life, so in 2012 the family permanently moved to Los Angeles.His past TV credits include the television pilots "Life on the Water," the WB's revival of "Family Affair" starring Tim Curry and Gary Cole, and the Disney Channel pilots "Madison High" and "Zombies and Cheerleaders." Other credits include starring in the Disney Channel's original movies "Minutemen" and "Girl vs. Monster." Luke's other past motion picture credits include playing the role of autistic teen "Alan Wheddon" in "Dear John." As well as a vast collection of failed pilots, including Amazon's "Point of Honor", helmed by Carlton Cuse.Benward was born in Franklin, Tennessee, to Kenda Benward (née Wilkerson), an actress/coach, and Aaron Benward, a singer/ songwriter. His grandfather, Jeoffrey Benward, was a Contemporary Christian music singer. Part of an entertainment family, Luke got his acting bug by tagging along to auditions with his mother, actress, acting coach and CMT's first on-air personality, Kenda Benward. He got his musical heritage from his father, Aaron Benward, an award-winning producer, songwriter and recording artist. Luke is truly a triple threat. He studied dance with hip hop choreographer, Nick Bass (Britney Spears, Chris Brown, Christina Aguilera, and Michael Jackson) for four years. He also recorded his first five-song EP called Let Your Love Out in 2008 and supported that effort with a fall and spring 50 city tour. Benward resides in Los Angeles, California .