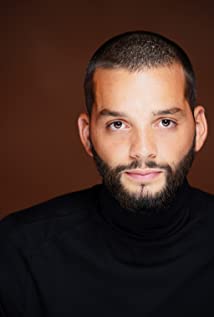 Luis Sebastián Borges is a Puerto Rican actor, born on April 16,1994 on the capitol of the island, San Juan Puerto Rico. He is the son of Gladys Ramos, an English professor and Pedro Borges a Spanish teacher. Being the son of educators Luis was showed to the academic world since he was born, having contact with both languages and being exposed to the arts since he was a small kid. After becoming involved in high school theatrics, Luis became a member of his hometown regional theatre company. He continued his studies at the Drama Department in the University of Puerto Rico where he earned his BA in Drama with high honors excelling in different Theater productions. At the age of 19 he made his first feature film debut in the production "Vasos de Papel" (2016) A year after, Dos Caminos (2017) gave Luis the chance to take both dramatic lead roles (Mickie and Danny) twin brothers on the feature film. Excelling on his performances with dramatic and comedic roles Luis became one of the most working actors from his generation. Giving him the access of being seen by important and international directors like Arí Maniel Cruz which gave him a lead role on the successful original series Nicky Jam's "El Ganador" (2019) which previewed on Netflix, Telemundo and was directed by Jessy Terrero. Besides all of the work from his acting career Luis has also been enthusiastically creating platforms from theatre companies to artistic laboratories that serve as an independent space to create original content and to educate future generations on the craft of acting. Luis Sebastián has completed his first year of his Master's in Fine Arts degree from the University of Southern California and is working on finishing his first music album "Recursos Invisibles" (2020) He is passionate and fully focused on his career and is known to be one of the artistic promises from Puerto Rico.