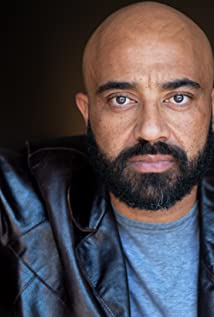 Luis Kelly-Duarte is a Nicaraguan born actor raised in Northern California. As a child Luis migrated to San Francisco with his mother and two sisters. They left Nicaragua to escape the communist government of Nicaragua and reunite with his father, who'd arrived in the States a few years prior. Luis comes from a rich cultural background, although Nicaraguan, he is an Afro-Latino. His paternal side of the family comes from the Atlantic coast of Nicaragua, rich in music, dance, food and tradition.At an early age Luis had a great passion for music, he wrote his first rap song while still in junior high. Under the name "Tsunom" Luis performed in San Francisco's underground hip hop scene. However, after seeing his sister in a play at San Francisco State his focus was completely changed. The following semester Luis enrolled at Contra Costa College in his first acting class. He continued his studies at Cypress College.He's since worked on such hit shows as Shameless opposite Shanola Hampton, Steve Howey. and Animal Kingdom starring Ellen Barkin. Luis works in feature film, television, and theatre