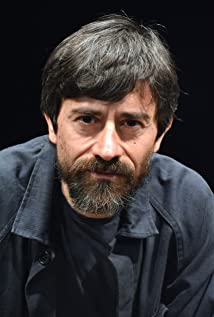 Born in Palermo, Sicily on the 20th of October, 1967. Following the family tradition, enrolled into Medicine with the intention of becoming a psychiatrist. Began performing with a group of street actors in his native Palermo. In 1989 received a small part in a theatrical production ("Waiting for Godot"), and toured Italy with the company.Ditched med school, and went to Rome to attend the "Silvio D'Amico" Academy of Dramatic Arts. After a series of increasingly important roles in theater, landed the lead role in One Hundred Steps (2000). He was referred for the role by his uncle Luigi Maria Burruano, a seasoned Sicilian actor who in the movie played the main charachter's father. The role won him the David di Donatello for best lead actor. After this he starred in several different roles, the most important of which was The Best of Youth (2003), a seven-hour long movie originally made for TV, but then released in theaters. In the movie he played a psychiatrist, which was his chosen specilization when still studying medicine.Luigi Lo Cascio currently lives in Rome.

I Can Quit Whenever I Want: Masterclass