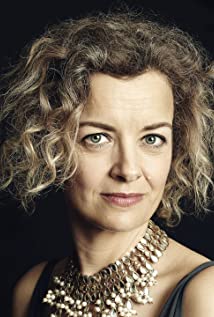 Lucy Russell started her acting career in her late twenties, having tried every other respectable job she could think of first and with a degree in Italian and Business from UCL in London. Her first feature was also Christopher Nolan and Emma Thomas's first film, Following.She then studied for at The Poor School, finishing in 1999 (Baz Luhrmann's 'Sunscreen' on constant replay - go on, it's worth a listen). She was cast as the 'Lady' in Academy Award Nominee Eric Rohmer's The Lady and the Duke, beginning a love affair with gorgeous period costume.She has worked since then across genres with directors ranging from Terry Gilliam to Francois Ozon, from Paul Feig to Marc Forster.Recently she worked with SAG and Golden Globe winner Claire Foy & Academy Award winner Mark Rylance in Golden Globe & BAFTA winning Wolf Hall.Lucy is featured in Academy Award Nominee and Golden Palm Nominee 'Toni Erdmann' (2016) and the Nat Geo series 'Genius' (2017) directed by Academy Award Best Director Winner Ron Howard.In 2017 she is filming and working on an absurdist bilingual theatre show around the plays of Ionesco.