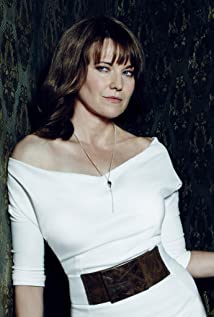 New Zealand icon Lucy Lawless is most known for her role as "Xena the Warrior Princess". Lucy is married to producer Rob Tapert (Robert Gerard Tapert) and resides in New Zealand. They have two sons, Julius Robert Bay Tapert and Judah Miro Tapert, who were both born in New Zealand. Lucy also has a daughter, Daisy Lawless, from her first marriage to Garth Lawless.Lucy was born Lucille Frances Ryan in Mount Albert, Auckland, to Julie, a teacher, and Frank Ryan, a banker and the city's mayor. She was awarded an Order of Merit in the New Zealand Queen's Birthday Honor List in June 2004. Lucy, whose role as "Xena in Xena: Warrior Princess" made her a cult television star, has been involved with the Starship Foundation and has held a role on its board of trustees. She was awarded the Order of Merit for services to entertainment and the community.In 1995, Lucy landed the role of "Xena: Warrior Princess" in the show, Hercules: The Legendary Journeys (1995), in a three-story arc, that led to her own spin-off show, Xena: Warrior Princess (1995), for six seasons.Whilst she has been primarily known for her role on "Xena: Warrior Princess", Lucy has also appeared in the classic TV series, Battlestar Galactica (2004), in the semi-regular role of "D'anna Biers", among her other many and varied roles, including the hit Adam Sandler movie, Bedtime Stories (2008). Lucy was also in several made-for-TV movies including: Locusts (2005) and Vampire Bats (2005). She also lent her voice to the straight-to-video movies: Justice League: The New Frontier (2008) and Dragonlance: Dragons of Autumn Twilight (2008). During 2011, Lucy appeared in the "No Ordinary Family" as the mysterious "Mrs. X" and also appeared in the prequel to Spartacus (2010), Spartacus: Gods of the Arena (2011) and "Spartacus Vengeance" as "Lucretia".Her most recent role was "Caroline Platt" in Jane Campion's Top of the Lake (2013), a BBC Mini-Series in New Zealand, with Holly Hunter and Elisabeth Moss.She played the recurring character of "Diane Lewis" on NBC's Parks and Recreation (2009), and "Velma Kelly" in the Auckland Theatre Company's adaptation of "Chicago: The Musical", the latter from 1-24 November, 2013.

My Life Is Murder

Top of the Lake