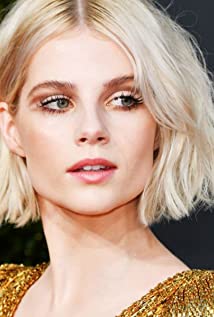 Lucy Boynton (born 17 January 1994) is an American-English actress. She made her film debut with a leading role in Miss Potter (2006). Boynton starred in Copperhead (2013), Sing Street (2016), Murder on the Orient Express (2017) and Bohemian Rhapsody (2018).Boynton was born in New York City and grew up in London. She is the daughter of British-born Graham Boynton, the Group Travel Editor of the Telegraph Media Group, and Adriaane Pielou, a travel writer. She has an older sister, Emma Louise Boynton. She attended Blackheath High School, followed by James Allen's Girls' School.Boynton's first professional role was as the young Beatrix Potter in the 2006 British-American film Miss Potter. Boynton has said that the first day of filming was "the best day of [her] life." In 2007, she was nominated for the Young Artist Award for Best Performance in a Feature Film - Supporting Young Actress, for Miss Potter.She went on to play Posy Fossil, one of three main characters in the BBC film Ballet Shoes (2007), in 2007. Posy is a young, ambitious ballerina who is taken under the wing of a prestigious dance academy. She did not dance in Ballet Shoes, instead a body double was used for her character's dancing scenes. Boynton also played the role of Margaret Dashwood in the BBC serial Sense and Sensibility. In 2011, Boynton played a guest lead on Lewis. She appeared in Mo with Julie Walters and David Haig. She portrayed the mysterious model Raphina in the 2016 film Sing Street, and Countess Helena Andrenyi in the 2017 adaptation of Murder on the Orient Express.

I Am the Pretty Thing That Lives in the House

The Dreams of Bethany Mellmoth