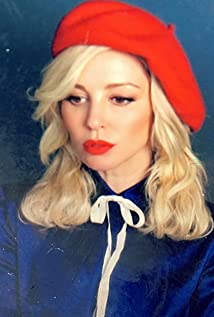 Louise Linton was born in Edinburgh, Scotland and attended St. George's School for Girls and then Fettes College, a boarding school in the heart of the Capital.As a young girl, she began professional training as an actress at The Edinburgh Drama Academy. She later trained with a private coach from The London Academy of Music and Dramatic Arts from which she acquired her certificate with Honors.After boarding school, she spent some of her gap-year serving as a volunteer in Northern Zambia before embarking on college in the United States. She acquired a B.A. in Journalism from Pepperdine University followed by her Juris Doctorate in Law from UWLA. During this time, she began acting in film and television.Her first role was a guest star in 'CSI: NY'. Small roles in various indie features followed. Robert Redford cast her in a small role in the United Artists film, 'Lions for Lambs', starring Tom Cruise and Meryl Streep. She then did a supporting role in the Roy Lee horror, 'The Echo'. After that she joined the cast of indie comedy 'Screwball' playing comedic news reporter, Shannon Storm. Following this, she filmed the U.S. detective smash 'Cold Case' playing a 1940's Women Air Force Service Pilot.Louise then played a supporting role in Lionsgate's, 'Crew 2 Crew' which was filmed on location in Italy. That fall, she was honored at the Scottish Style Awards as the country's 'Most Stylish Woman'. Immediately after her return to Los Angeles Louise got her first lead role in the sci-fi, 'Scavengers' opposite Sean Patrick Flanery, directed by Travis Zariwny. Louise then filmed the comedy, 'She Wants Me' opposite Charlie Sheen, Josh Gad, and Hillary Duff. She then went to Louisiana to film a small role of a drug addicted single mother in the gritty crime drama, 'The Power of Few' with Christopher Walken and Christian Slater.In spring 2011, Louise filmed the Lifetime movie, 'William & Kate' about the Royal couple. After this she spent a month in New York where she starred in the provocative Off Broadway show, 'Manipulation' at the Cherry Lane Theater.Louise then traveled to Alabama to shoot the NASA-based, Hallmark Hall of Fame's Award Winning Feature, 'A Smile As Big As The Moon' starring John Corbett.Louise graduated from law school in 2012, winning the Reuters Witkin Award for Academic Excellence in Trial Advocacy. After law school, she formed Stormchaser Films, an independent motion picture production company focused on script and IP acquisition, development and finance. The company's first feature film will be released in 2016 with a further three films in pre-production for 2017 release and several more titles in development. The films range in genre from independent thriller, drama and comedy to YA studio franchises.In winter 2012, Travis Zariwny suggested their second film collaboration as actress and director on his psychological thriller, 'Intruder'. Louise joined the project as both actress and producer. She partnered with film executive Tina Sutakanat and 'Intruder' went into production on location in Portland three months later. Louise stars opposite John Robinson and Moby. IFC Midnight released the film in theaters and VOD on June 24th, 2016.Shifting from thriller to comedy, Louise then played the title role in the romcom, 'Serial Dater's Anonymous' (2017) opposite Sam Page which was shot on location in Milwaukee.After that, she filmed a small role in Warren Beatty's much-anticipated film, Rules Don't Apply (2016), as Betty, a young starlet under contract to Hughes' film studio.Louise then traveled once again to Portland, Oregon to film the iconic role of Deputy Winston in Eli Roth and Armory Films' remake of the classic cult horror, Cabin Fever: Reboot (2016). This was her third collaboration with director, Travis Zariwny.Louise then filmed the role of Veronica in the gritty crime thriller, 'Odious' about a Los Angeles cop and his unlikely associate who explore the dangerous under-belly of LA as they investigate the disappearance of a child.Louise then filmed a small role in 'The Midnight Man' (2017) in Winnipeg which she also Executive Produced. This was her fourth collaboration with director, Travis Zariwny.Louise is a passionate advocate for people and animals. She is on the Board of Mattel's Children's Hospital UCLA. She has served on the Board of Trustees for her British boarding school, Fettes College since 2011. She was an Ambassador for Erskine Wounded Warriors Scotland from 2010-2012 and currently serves as an Ambassador for the Scottish Butterfly Trust for Cystic Fibrosis.Louise serves as Ambassador for Mutt Match Animal Rescue Los Angeles, and is a global Ambassador for PAL 'Protecting African Lions' based in South Africa. She is active in her support of Kenya based anti-poaching and animal rehabilitation organizations, Ol' Jogi and the David Sheldrick Wildlife Trust, both of which exist to protect and preserve Africa's endangered species. She is on the 2016 host committee for Conservation In

The Power of Few

A Smile as Big as the Moon