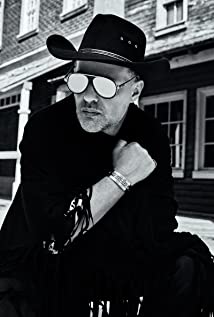 Louis Mandylor is most recognized for his leading credits in a variety of highly acclaimed, award-winning films and television series, including the Academy Award-nominated box office smash hit comedy My Big Fat Greek Wedding (2002), and its sequel, My Big Fat Greek Wedding 2 (2016).Additionally, he is known for his leading credits in the Primetime Emmy Award-nominated series CSI: Miami (2002) and CSI: NY (2004), in Friends (1994) as "Joey's Twin," in the ALMA Award-winning drama sports film Price of Glory (2000), in the CBS hit show Martial Law (1998) with Sammo Kam-Bo Hung, and in Can't Hurry Love (1995) with Mariska Hargitay and Nancy McKeon; also, recently claiming some praise reviews for The Debt Collector (2018).Louis Mandylor as Sue in The Debt Collector (2018): ". . . I thought Mandylor's monologue about why he drinks was one of the finest acting moments of his career and was genuinely moving. . . ." -Theactionelite.com". . . Mandylor stands tall next to Adkins as French's grizzled and burnt out guide through this new shady world he finds himself in. The two have a genuine chemistry that makes every scene they play off each other feel fun and breezy. . . ." -Aintitcool.com". . . Mandylor's grizzled veteran collector is the perfect foil to the fresh-faced Brit. . . ." -Cityonfire.comMandylor also just finished filming Doom: Annihilation (2019) for Universal.

Denard Anatomy of An Antihero