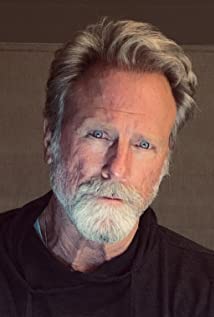 After 35 years as a professional actor, Louis Herthum had a breakthrough year in 2017, a year that saw him upped to a series regular for season 2 of HBO's critically acclaimed "Westworld." Herthum made a big impact with his memorable turn on "Westworld," as Peter Abernathy, father to Dolores (Evan Rachel Wood) and one of the first robots to experience programming glitches in the series first season.Herthum began his acting career in his hometown of Baton Rouge, Louisiana. His first "big break" came in 1991 when he joined the cast of the long-running hit CBS series "Murder, She Wrote," starring as Deputy Andy Broom opposite Angela Lansbury for the show's final five seasons. His recurring television roles include his portrayal of Omar in Netflix's "Longmire," and werewolf pack leader JD in season 5 of HBO's supernatural drama "True Blood." Herthum has appeared in over 40 stage productions, dozens of commercials and combined over 100 films and TV shows.In early 1996 Louis added "Producer" to his resume, producing his first feature film, "Favorite Son". Since then Louis has, through his Louisiana based production company Ransack Films, produced a total of five narrative features, including the award winning thriller, "Red Ridge" and one feature length documentary, "The Season Before Spring" (also an award winner) about the first post-Katrina Mardi Gras in 2006.Louis is avid art & antique collector and owns a 1968 Ford Mustang Fastback which he has restored in homage to the film that inspired him to go into show business - "Bullitt" with Steve McQueen.

I Still See You