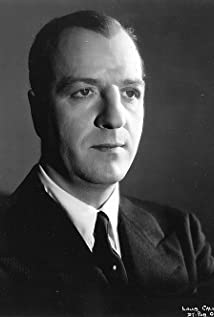 Tall, distinguished, aristocratic Louis Calhern seemed to be the poster boy for old-money, upper-crust urban society, but he was actually born Carl Vogt, to middle-class parents in New York City. His family moved to St. Louis when he was a child, and it was while playing football in high school there that he was spotted by a representative of a touring acting troupe and hired as an actor. He returned to New York to work in the theater, but his career was interrupted by military service in France in World War I. He returned to the stage after the war, and eventually broke into films. Although his regal bearing would seem to pigeonhole him in aristocratic parts in serious drama, he proved to be a very versatile actor, as much at home playing a comic foil to The Marx Brothers in Duck Soup (1933) as he was as Buffalo Bill to Betty Hutton's Annie Oakley in Annie Get Your Gun (1950) or, most memorably, the lawyer involved with the criminal gang in The Asphalt Jungle (1950). Married four times, he was in Tokyo, Japan, filming The Teahouse of the August Moon (1956) when he suffered a fatal heart attack.

Men of the Fighting Lady