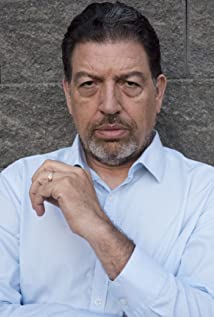 Louis Arcella, was born as Luis Guillermo Arcella Morales on April 20, 1954 in Agua de Dios, Cundinamarca, Colombia, and is the oldest brother of six siblings.After his father (half Colombian and half Italian) Guillermo Arcella died when he was five years old. His mother Miriam Morales (Colombian) moved to Bogota and started working over 12 hours a day as a cook, to take care of the family. Under this circumstances and without a little push to keep his education he dropped school before the end of Elementary school.Louis grew up in the streets of Bogota through a long period of poverty and need trying to earn some extra money shining shoes, selling candy, bubble gums, news papers and sometimes singing in buses. Regardless of this hardship, he was always a happy extrovert who loved with passion to sing and make people laugh (not always at the right moment). This incurable behavior made him earn easy the nickname as "the loco".He used to create characters an bring them to life. But the real call was at the age of 14 when he was asked to participate as an "extra" in a movie, while he was playing with other teens on the street. This event marked his life and made his desire for a serious career in acting the reason why he lives everyday for.After doing some work in Colombian television, Louis realized that the real opportunity to make his dream come true wasn't in his country but in United States. Then, considering the possibilities for a low income person to get the U.S visa, he decided to find a job as a crew ship member in a cruise line. Louis landed in New York city after leaving the ship and looked for support at his relative's house in Queens. He applied to study acting at the Lee Strasberg Institute but he was denied because of his illegal condition. After a couple of years in U.S., he got married with his first wife Victoria Baker (who he first met on board of the cruise ship) and had his only son Joseph Arcella. With the support of his wife and his wife's family, he got his High school certification and also a degree in production form The School of Television Arts in New York. Sadly, there wasn't a real opportunity to find a job in acting or production at that time. So, Louis ended working as a Valvic's driver (his father in law rubber products company) and later trained by his father in law to work as a salesman for the same company.In 2001, after overcoming the depression from his divorce, Louis got finally accepted at the Lee Strasberg Theatre & Film Institute. His teacher Lola Cohen and Mauricio Bustamante trained him during almost two years in the method of acting. But it wasn't until 2003 when his first role in the film The Door in the Floor with Jeff Bridges and Kim Basinger opened an important door for his career.Louis's participation in the short film Chavez (2006) as Manuel Chavez brought him his first award as Best Actor in the Mexico International Film Festival in 2007. His role as Diego in the movie Uncertainty with Joseph Gordon-Levvit and Lynn Collins shaped his career to the following years. Louis participated as Ximeno in the movie Paraiso Travel (2008) and also as Morales in the movie The Family (2012).His experience in T.V. series such as NBC Law & Order: Criminal Intent (Boots on the Ground, 2010), The Blacklist (The Stewmaker, 2013), ABC Zero Hour (2012) and the opportunity to have larger roles in them, gave him the chance to develop more his characters.

The Door in the Floor