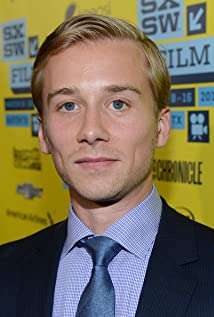 Lou is the son of Linda (Farver) Pucci, a onetime model and former Miss Union County, and guitarist Lou Pucci, formerly of the groups "The Watch" and "Leap of Faith". He never showed any interest in singing or acting as a child till his aunt, Cindy, bribed him to try out for a community theater production of "Oliver" when he was 10; two years later, he was on Broadway in "The Sound Of Music". At 15, he landed a part in a small independent film called Personal Velocity (2002), which won the grand jury prize at the Sundance Film Festival. This recognition got Lou noticed by his agent, Billy Lazarus of United Talent Agency, and by his manager, Bob Glennon. Since the release of Lou's first feature film lead in Thumbsucker (2005), he has had parts in HBO's Empire Falls (2005), The Chumscrubber (2005) and Fifty Pills (2006) and shot Richard Kelly's Southland Tales (2006), Green Day: Jesus of Suburbia (2005) and rehearsing for Martin Hynes's The Go-Getter (2007) with Zooey Deschanel and Jena Malone. Lou also won the "Jury Prize for acting" at the 2005 Sundance Film Festival and Berlin's Silver Bear Award for best actor as "Justin Cobb" in Thumbsucker (2005).

The Story of Luke