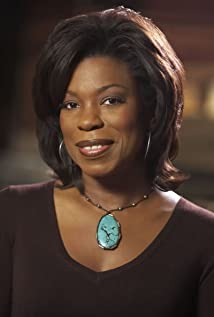 SAG Award and Critics Choice Award winner for Best Supporting Actress in a Drama Series, Lorraine Toussaint shocked audiences on the smash hit Netflix original series "Orange is the New Black" as the viciously seductive inmate Vee. Toussaint's thrilling performance has won her glowing reviews from the likes of TV Guide and Vanity Fair, stirring the Emmy buzz for her outstanding performance. Toussaint also received praise for her performance in the Academy Award nominated feature film "Selma." Up next, Toussaint will star in the new Fox series "Rosewood," alongside Morris Chestnut, which premieres this fall.Born in Trinidad, Toussaint and her mother moved to Brooklyn, NY, where she was raised, when she was ten years old. Growing up, she watched a lot of television while she waited for her mother to return from work and this sparked her interest in acting. Toussaint begged her mother to enroll her in acting school and her search lead to her studying theater at New York's renowned High School of Performing Arts. After graduation, she enrolled herself at the Juilliard School's drama division where she graduated with a Bachelors of Fine Arts degree. On her graduation day, she landed her first paying job as Lady Macbeth with "Shakespeare & Company."Toussaint spent the first 12 years of her career acting on stage in New York City before moving to Los Angeles. Her first television appearance was in 1983 in "The Face of Rage." Toussaint's biggest career boost has come from her co-starring role opposite Annie Potts in the TV series "Any Day Now," which earned Toussaint an NAACP Image Award nomination for best actress in a drama series, a TV Guide Award nomination for Best Actress in a Drama Series and she received the Wiley A. Branton Award from the National Bar Association.Among Toussaint's TV credits were recurring roles on several popular television shows such as NBC's drama series "Friday Night Lights," TNT's "Saving Grace," "Law & Order," and ABC's hit "ugly Betty." She has also had several guest appearances on the hit television shows "CSI: Crime Investigation," "Grey's Anatomy," and opposite Kerry Washington on drama thriller "Scandal."No stranger to the silver screen, Touissant's first film role was opposite Burt Reynolds in the crime comedy "Breaking In." Touissant has also appeared in "Dangerous Minds," "The Soloist," and Ava DuVernay's "Middle of Nowhere," in which her performance was nominated for an Independent Spirit Award for Best Supporting Female. Up next, Toussaint stars as Salome Whitmore in the upcoming period drama, "Sophie and the Rising Sun," written and directed by Maggie Greenwald. Toussaint will also play Anthony Mackie's mother in the upcoming Seth Rogen comedy "X-Mas," in theaters this November.Toussaint and her daughter split their time between New York and Los Angeles.