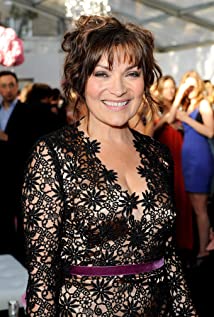 Lorraine Kelly is a Scottish television presenter known for her strong accent and her constantly chirpy and giggly personality. She presents the early morning chat show Lorraine (2001), was one of the original presenters of GMTV (1993), and went on to present its magazine section for the final forty minutes of the broadcast, known as LK Today. Previously, Lorraine was a reporter and main presenter of TVam's Good Morning Britain (1983), one of the UK's original breakfast television news programmes. She was then perfectly cast in a studio role presenting the The Eurovision Song Contest (2004). Lorraine is one of the UK's most prominent supporters of LGBTQ+ issues and has described herself as "a gay man trapped in a woman's body"..

Pudsey the Dog: The Movie

Scenes of a Sexual Nature

Have I Got News for You