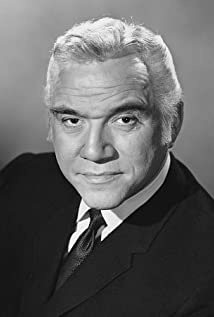 Lorne Greene was born Lyon Himan "Chaim" Green on February 12, 1915, in Ottawa, Ontario, Canada. He began acting while attending Canada's Queen's University, and after graduation got a job in radio broadcasting. His rich, deep, authoritarian voice quickly propelled him to prominence as Canada's top newscaster. He left Canada in the early 1950s for a film career in Hollywood, and soon began appearing regularly in television, films and on radio. His greatest successes came in two television series, the long-running Western Bonanza (1959), in which he played the patriarch of a wealthy frontier family, and the science-fiction series Battlestar Galactica (1978). In 1969 he was awarded Officer of the Order of Canada for his services to the performing arts and community.Lorne Greene died at age 72 of pneumonia following heart surgery on September 11, 1987, in Santa Monica, CA.

The Alamo: Thirteen Days to Glory

The Wizard of Oz

Conquest of the Earth