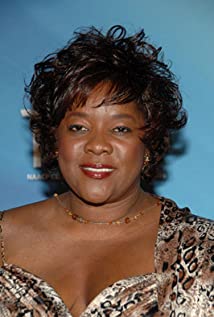 Equally at home on stage and on screen, award-winning actress Loretta Devine has created some of the most memorable roles in theatre, film and television.Devine first captured national attention in the role of Lorrell, one of the three original "Dreamgirls" in Michael Bennett's classic award-winning Broadway musical of the same name. She followed that performance with a fiery portrayal of Lillian in Bob Fosse's critically acclaimed stage production "Big Deal." Subsequent work in George C. Wolfe's "Colored Museum" and "Lady Day at Emerson Bar and Grill," cemented Devine's status as one of the most talented and versatile stage actresses.Film roles soon followed including a poignant turn as a single mother opposite Whitney Houston, Angela Bassett and Gregory Hines in Waiting to Exhale (1995) which earned Devine her first NAACP Image Award for 'Best Supporting Actress.' Devine also won an NAACP Image Award for Best Supporting Actress for her work in Penny Marshall's The Preacher's Wife (1996). Devine received an Independent Spirit Award nomination for Best Actress for her work in "Women Thou Art Loosed." Devine was featured in the Academy Award-winning film "Crash" and the hit movie of "Dreamgirls." Some of her additional film credits include appearances in the successful "Urban Legend" franchise, "I Am Sam" opposite Michelle Pfeiffer and Sean Penn, "Kingdom Come," "What Women Want," "Punks," "Hoodlums," "Down in the Delta" and "Stanley and Iris."Devine's more recent film credits include co-starring roles in "This Christmas" and "First Sunday" both of which opened Number 1 at the box office. Devine voiced the character of "Delta" in Disney's "Beverly Hills Chihuahua." She appeared with Chris Rock in Sony Screen Gems remake of "Death at a Funeral" and "Lottery Ticket" for Alcon/Warner Brothers. Devine portrayed "The Woman in Green" in Tyler Perry's adaptation of Ntozake Shange's "For Colored Girls." In 2011, Devine starred in two leading roles in the film "Jumping the Broom" with Paula Patton, Laz Alonso and Angela Bassett and in the Tyler Perry directed film "Madea's Big Happy Family," both films earned top spots at the box office, respectively. Devine followed up her box office hits with a strong lineup of independent films including Robert Townsend's "In The Hive" which earned Devine a NAACP Image Award nomination for "Best Actress in a Motion Picture", "You're Not You" alongside Hilary Swank, James Franco's "The Sound and the Fury" and the Kristen Wiig dramedy, "Welcome to Me."On television, Devine became a critical darling in her Emmy award-winning role as "Adele" on ABC's hit medical drama "Grey's Anatomy." Devine's credits include numerous series roles on shows such as "The Cosby Show" spin-off "A Different World," Eddie Murphy's stop-motion animated series "The PJs," David E Kelly's "Boston Public," ABC's "Eli Stone" and alongside Jennifer Love-Hewitt on Lifetime's "The Client List." She most recently starred on NBC's critically acclaimed sitcom "The Carmichael Show" and co-starred in the 3rd season of BET's "Being Mary Jane" as the titular character's main antagonist, "Cece." Devine continues to voice "Hallie the Hippo" on Disney Channel's Peabody Award-Winning animated series, "Doc McStuffins," and will next star in the Netflix family series, "FAMILY REUNION" which will feature an all-black cast and crew.With a career spanning three decades, Devine has earned much praise and accolades for her work on both the big and small screen. For her work as "Adele" on "Grey's Anatomy," Devine earned both a Primetime Emmy Award and a Primetime Emmy Award nomination, a Gracie Allen Award for "Outstanding Female Actor in a Featured Role," a nomination for "Best Guest Performer in a Drama Series" from the Critics' Choice Television Awards and a NAACP Image Award and a NAACP Image Award nomination. In total, Devine has won nine NAACP Image Awards and has received a record twenty-four nominations. Devine has received Lifetime Achievement Awards from both the Pan African Film Festival and the NAACP Theatre Awards and the Thespian Award from the LA Femme International Film Festival.Devine graduated from the University of Houston and later received a Master of Fine Arts from Brandeis University. She also received a Doctorate of Humane Letters as well as a Distinguished Alumni Award from The University of Houston.She currently resides in Los Angeles.

The Sound and the Fury