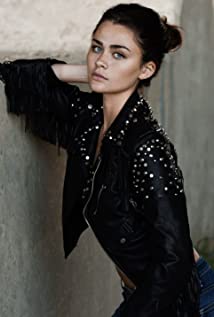 Lola Flanery was born in Los Angeles but moved to Toronto at the age of 3. She began her career in front of the camera as a model for campaigns such as Gap, Roots & Target.At the age of 10 Lola decided to venture into the world of acting. Her first audition led to her first leading role alongside Dermot Mulroney and Justin Long in the thriller Lavender which premiered at the 2016 Tribeca Film Festival. Soon to follow was Last Chance For Christmas where she starred with Hilarie Burton and Tim Matheson. Other notable feature credits include Sadie's Last Days on Earth, the indie Touched and Open Road's Home Again where she starred opposite Reese Witherspoon, playing her oldest daughter.In television Lola has quickly become an audience favorite recurring on multiple series including Lifetime's Mary Kills People, Paramount Television's The Mist, Freeform's Shadowhunters where she plays the ageless Seelie Queen and in the the CW's The 100 where she plays Madi Griffin, the young orphan who rises to become commander. In 2018 E! News recognized Flanery's work in The 100 and nominated her as one of their Favorite Female Breakout Stars.In addition to English, Lola speaks French and Mandarin.