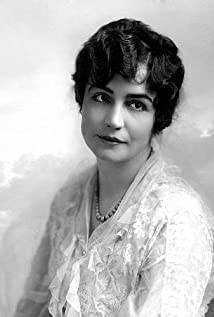 Lois Weber, who had been a street-corner evangelist before entering motion pictures in 1905, became the first American woman movie director of note, and a major one at that. Herbert Blaché, the husband of Frenchwoman Alice Guy, the first woman to direct a motion picture (and arguably, the first director of either gender to helm a fictional narrative film), cast her in the lead of "Hypocrites" (1908). Weber first got behind the camera on A Heroine of '76 (1911), a silent that was co-directed by pioneering American director Edwin S. Porter and actor Phillips Smalley, who played George Washington. She also starred in the picture.In 1914, a year in which she helmed 27 movies, Weber co-directed William Shakespeare's The Merchant of Venice (1914) with Smalley, who also played Shylock, making her the first woman to direct a feature-length film in the US. (Jeanie Macpherson, who would play a major role in cinema as Cecil B. DeMille's favorite screenwriter, also acted in the film).In the spirit of her evangelism, she began directing, writing and then producing films of social import, dealing with such themes as abortion, alcoholism, birth control, drug addiction and prostitution. By 1916 she had established herself as the top director at Universal Film Manufacturing (now Universal Studios), the top studio in America at the time, making her the highest-paid director in the world. The following year she formed Lois Weber Productions.She directed over 100 films, but her production company went bankrupt in the 1920s as her career faltered. She did not make the transition to sound, although she did make one talkie, White Heat (1934), in 1934.

What Do Men Want?

Tarzan of the Apes

The Hand That Rocks the Cradle

Where Are My Children?

The Dumb Girl of Portici