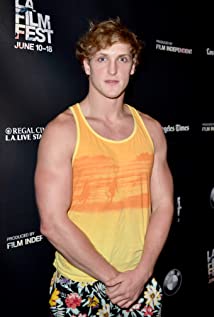 Logan Paul is an American vlogger, actor, director and social media phenomenon born in Westlake, Ohio. He is known for The Thinning (2016), King Bachelor's Pad: Logan Trailer Parody (2017) and Logan Paul Vs (2016).Logan garnered much of his popularity through the smartphone app Vine. From there, he was featured on the cover of a magazine called AdWeek. Shortly after that, Logan went on a tour, traveling to London, Spain, Germany, China, Japan, Brazil, Belize and France to record himself doing the splits at designated locations. While in Belize, Logan was the first one to ever record a Facebook underwater live stream. While in Brazil, Logan went to the Olympics where he and his roommate created the notorious Olympic dab video which got over 60 million views in 7 days, although, due to copyright issues, the video was removed. Logan also did a collaboration video with Kevin Hart] in an attempt to "bring back the dab". The song feature in the video was by the DJ 'Marshmello'. He has also done short skits with Dwayne Johnson. Logan also wrote, produced and starred in a movie that will be released in 2018 called Airplane Mode (2019).

Can't Take It Back