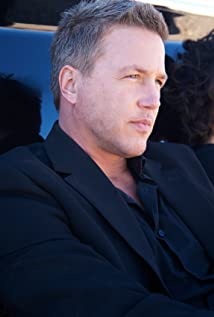 Lochlyn Munro started his acting career after a serious sports injury ended his dream of playing professional hockey. A talented musician, Lochlyn turned his attention to the performing arts. While playing music in various clubs around Vancouver, British Columbia, Lochlyn studied drama and improvisational comedy with many of the industry's top professionals, including the late Susan Strasberg. Having done a lot of stage work, Lochlyn then jumped into the television and film world with instant success. Lochlyn landed roles on various American projects such as, 21 Jump Street (1987), Wiseguy (1987), and others.After numerous guest roles and leads on TV shows and Films, Lochlyn landed a role in Clint Eastwood's Unforgiven (1992). He has gone on to show tremendous range throughout his acting career by creating memorable characters in such films as Dead Man on Campus (1998), A Night at the Roxbury (1998), and Scary Movie (2000). Lochlyn will always remain one to watch in Hollywood as his career continues to follow a bright path.

Time for Them to Come Home for Christmas

Time for Them to Come Home for Christmas