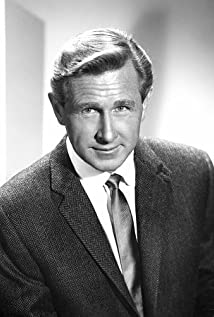 The star of many land and underwater adventures, Lloyd Vernet Bridges, Jr. was born on January 15, 1913 in San Leandro, California, to Harriet Evelyn (Brown) and Lloyd Vernet Bridges, Sr., who owned a movie theater and also worked in the hotel business. He grew up in various Northern California towns. His father wanted him to become a lawyer, but young Lloyd's interests turned to acting while at the University of California at Los Angeles. (Dorothy Dean Bridges, Bridges' wife of more than 50 years, was one of his UCLA classmates, and appeared opposite him in a romantic play called "March Hares.") He later worked on the Broadway stage, helped to found an off-Broadway theater, and acted, produced and directed at Green Mans ions, a theater in the Catskills. Bridges made his first films in 1936, and went under contract to Columbia in 1941. Allegations that Bridges had been involved with the Communist Party threatened to derail his career in the early 1950s, but he resumed work after testifying as a cooperative witness before the House Un-American Activities, admitting his past party membership and recanting. Making the transition to television, Bridges became a small screen star of giant proportions by starring in Sea Hunt (1958), the country's most successful syndicated series. Trouper Bridges worked right to the end, winning even more new fans with his spoofy portrayals in the movies Airplane! (1980) and Hot Shots! (1991), and their respective sequels. Lloyd Bridges died at age 85 of natural causes on March 10, 1998.

Honey I Blew Up the Kid

Joe Versus the Volcano

Tucker: The Man and His Dream