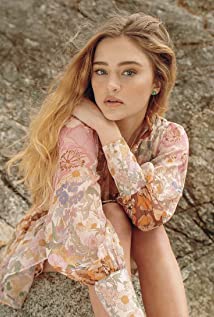 Lizzy Greene was discovered in 2013 at a talent workshop in her hometown of Dallas. Growing up she was drawn to everything related to the performing arts. She got her start in theater at age seven, specializing in comedic projects. After a few years training in theater, traveling with an improv troupe, she was cast in a lead role in Nickelodeon's comedy series "Nicky, Ricky, Dicky & Dawn" which ran for four seasons.Greene has been nominated three times for a Kids Choice Award for Favorite Female TV Star for her portrayal of Dawn on the Nickelodeon series. Her other television credits include a lead role in Nickelodeon's TV movie "Tiny Christmas", multiple guest starring roles, and ABC's pilot "Damaged Goods."Greene, who thrives on being challenged professionally, has demonstrated versatility in her transition from children's comedic acting to adult drama in ABC's "A Million Little Things", now in its second season. Greene plays Sophie Dixon, the 16-year-old daughter to Jon and Delilah Dixon (played by Ron Livingston and Stephanie Szostak).In her free time, Greene enjoys humanitarian work, singing, school, painting, and sports.