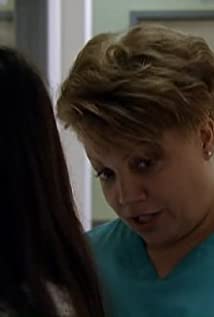 Hume Dawson was born in Cwmbran South Wales to an African father and a Yorkshire mother. Her early years were spent in her father's native country of Sierra Leone, settling first in Freetown, and later in Kenema. She visited Yorkshire on and off as a child and settled permanently when she was 11 years old. From then on she attended Holmfirth High School and retains strong links with this area. In her first career I trained as a hairdresser and owned two salons in Huddersfield. She then sold these two successful businesses before doing a 2 year BTEC course in Performing Arts at Barnsley Electric Theatre. From here she successfully auditioned for higher level drama courses and went on to train at Capitol Theatre (Manchester Metropolitan University). She has always worked with youth drama groups, and her first job out of university was a two year contract running the Youth Theatre at the Palace Theatre, Redditch - she also took over as Acting Artistic Director whilst they searched for somebody to take the post permanently, directing main house productions in addition to her usual duties. Her work as an actor has dovetailed with directing and leading workshops. She has extensive television experience, including a regular role for two series in BBC TV's drama "Bodies" and four series of "The Four o-Clock Club". She also appeared in Victoria Wood's sitcom Dinnerladies (1998). She is married to Matthew and has one daughter.