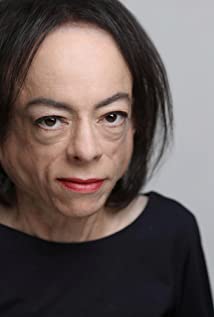 Liz grew up in Bebington, England where she lived until she went to Nottingham University in 1990 to study law. After graduating with an LLB in Law, she volunteered in a law centre and became a campaigner for civil rights for Disabled people in the UK and internationally. It wasn't until 2000 that she began to tread the boards when she co-founded the comedy group, Nasty Girls. In 2003, Liz studied performing arts with Graeae Theatre Company and London Met University and played the eponymous 'Mother Courage' in the final touring production. Following this, Liz was part of the first ever Disabled women's reading of 'The Vagina Monologues', took to the main stage at The Young Vic theatre, London in another Brecht, 'The Exception and the Rule' and then toured with the Graeae production of Moliere's 'George Dandin' the following year.Liz's first job with the BBC was as a columnist for the website Ouch! before becoming co-host with American Horror Story (2011) actor, Mat Fraser, of the infamous Ouch podcast. In 2005 she joined the comedy group Abnormally Funny People and her stand up debut with them was filmed for a documentary on Sky TV. She was a finalist in the Funny Women competition 2006 and in 2007 she was runner up in the Hackney Empire New Act competition. She has taken 6 shows to Edinburgh Fringe, 2 shows to Melbourne Comedy Festival, toured all over the world with her comedy, her cabaret and with her one woman show, 'It Hasn't Happened Yet'. She wrote the book and lyrics for her show, 'Assisted Suicide The Musical' which she performed to sell out audiences at the Royal Festival Hall, London in 2016 and 2017.On screen, Liz is perhaps best known for her role as forensic examiner Clarissa Mullery in the BBC's long running drama, Silent Witness (1996) alongside Emilia Fox, David Caves and Richard Lintern. She joined the series in 2012 but almost missed out on the role when she got stuck in traffic and turned up too late for the audition. This was Liz's first TV acting role and over the next seven series, her character Clarissa has grown from a sidekick to a main part of the regular cast.