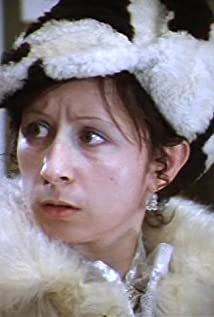 Liya Akhedzhakova is a little gem of Soviet cinema. She was a show-stealer in such a comedy classic as The Irony of Fate, or Enjoy Your Bath! (1975) in a part with no words at all. Her ability to create a larger than life heroes is almost unbelievable. Every second line of her Verochka from Office Romance (1977) became a catch-phrase.Although most directors explore her comic abilities, she's a strongest tragic actress. Liya proved it in Twenty Days Without War (1977). She created there an unforgettable image of great complicity, although her only episode lasts less than five minutes and her heroine doesn't have a name and is credited as "Woman with watch."Her best part to date is a farcial but tragical character of Fima from The Promised Heaven (1991). She's been working for many years in one of the most famous Moscow theatres, Sovremennik.

Say a Word for the Poor Hussar