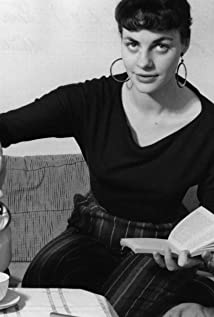 Little known outside her country, Lissi Alandh was - for four decades - a faithful road companion of the Swedish theater, cinema and television. Rather unsurprising considering that she had dreamed of being an actress since she was a little girl. She of course went to drama school, took lessons from such famous teachers as Manja Benkow and Willy Koblanck and finally graduated from the Royal Dramatic Theater. As of 1949, she interpreted dozens of plays, appeared regularly in TV films and TV shows while getting more or less developed parts in a motley series of films, from children's movies ("Pippi Langsrumpf", "Hoppa högst") to the typical sexploitation flicks of the 1960s and 70s ("Camilla", "Kyrkoherden", "Midsommardansen") to classics of the Swedish screen such as Alf Sjöberg's "Fröken Julie" (1951), in which, although aged only 21 she play's Julie's ... mother; Ingmar Bergman's 1953 "Gyklarnas afton" and 1963 "Tystnaden" (her most difficult role, by her own admission); Mai Zetterling's "Älskande par" (1964) and "Nattlek" (1966). But, always full of life, healthy and shapely, she could not be content with being a good actress, she was also a good singers. She indeed played in revues on stage and in night clubs. She also performed more than one entertaining number on the small screen. All in all it can be said that Lissi Alandh's career epitomizes the Scandinavian spirit, swinging between two extremes, the depression inherent in the never-ending Winters (Bergman's "Tystnaden") to the exhilaration generated by the splendor of the short Summer (the revue "Fun In").

The Seduction of Inga