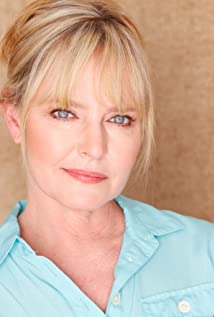 Lisa is BACK to acting full time after raising her boys and married to corporate world for a couple decades. She is excited about a slew of 2019-2020 projects. Check out the latest! Lisa has performed in over 100 film, television, commercial and theater productions, starting her career in Equity Waiver theater, then completing her Bachelor of Arts degree at UCLA, Lisa went on to play the lead role of "Alice" in A Nightmare on Elm Street 4: The Dream Master (1988), directed by Renny Harlin. Due to the phenomenal box office success of A Nightmare on Elm Street 4: The Dream Master (1988), Lisa played "Alice" once again in A Nightmare on Elm Street 5: The Dream Child (1989), directed by Stephen Hopkins. Lisa has played from nun to prostitute. Comedy, soap operas and episodic dramas. She was a regular in the television series, Bill & Ted's Excellent Adventures (1992), Knots Landing (1979), General Hospital (1963) and numerous guest starring roles. Some of her television highlights include her portrayal of "Carol Brady/Florence Henderson" in the TV movie, Unauthorized: Brady Bunch - The Final Days (2000), and in an episode of Star Trek: The Next Generation (1987), portraying the part of "Yuta". This episode, Star Trek: The Next Generation: The Vengeance Factor (1989), became so prolific, that "Yuta" is featured on the "Star Trek: Next Generation Monopoly Board"! Other film credits include Men Seeking Women (1997), starring Will Ferrell, and she co-starred with Mark Hamill in Watchers 4 (1998). Notably, Lisa played the lead in the student foreign short film, The All New Adventures of Chastity Blade (2000) (or "The All New Adventures of Chastity Blade"), which was nominated for a Foreign Student Film Academy Award.