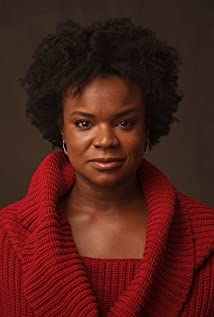 Lisa Tharps was born at New York Presbyterian Hospital in New York City. She earned her BFA from The University of North Carolina School of the Arts.Past productions include: "Wit" in New York, working with Kathleen Chalfant: then toured with Judith Light, playing opposite her. Lisa performed all over the US and at the Barbican Center in London with the play "Love's Fire: Seven New Plays Inspired by Seven Shakespearean Sonnets." She was beyond thankful for the opportunity to work with amazing writers: Tony Kushner, John Guare, Marsha Norman, Bill Finn, NTozake Shange, Wendy Wasserstein, and Eric Bogosian. To this day, the first day of rehearsal for that production, as each playwright 'popped-in' to hear their play be read, was the pivotal point in her life which reinforced her career decision to be an actor, in it for the long haul. To observe and listen to each writer, one by one, discussing his/her work (the story created by them) was one of the most riveting experiences of her stage career. Working on Love's Fire also earned her a play credit in its book publication, bringing the cast back to NYC to perform at the Public Theater. She's also toured with "The Vagina Monologues" acting opposite Geneva Carr - directed by Joe Mantello.In Los Angeles, Lisa received various nominations -LA Drama Critics Circle, NAACP, LA Weekly, NAACP, and a Garland Honoree - for Best Actress in a leading role for her portrayal of Medea in Euripides, "Medea". In 2010 She received nominations for Best Supporting Actress in her role as Mavis and Mrs. Brown in "The Women of Brewster Place" at Los Angeles' renowned Celebration Theatre, directed by Michael Matthews. She also received high praise for her work with her role as Biddy Mason in Tom Jacobsen's play, "The Chinese Massacre".Happy for all her accomplishments and the incredible artists she has met so far, Lisa continues working on stage, and in film and television.