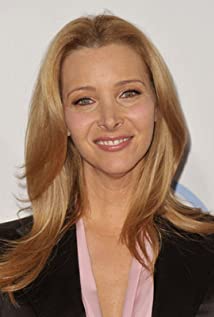 Hardly the dumb blonde of Romy and Michele's High School Reunion (1997), Lisa was born in Encino, California on July 30, 1963. Her mother, Nedra S. (Stern), worked as a travel agent, and her father, Lee N. Kudrow, is a physician. Her parents are both from Jewish families (from Belarus, Russia, and Hungary). Lisa was raised in Tarzana and played varsity-level tennis in high school and college, and is a pool shark who has mastered some of the more difficult trick shots (so beware). She graduated from Vassar College in Poughkeepsie, New York, with a Bachelor of Science degree in Psychobiology. At first, she wanted to pursue a career in research, so she returned to Los Angeles to begin working with her father. However, Lisa got inspired to perform by one of her brother's friends, comedian Jon Lovitz, and so the tall (5' 8") blonde-haired, green-eyed beauty entered show biz. Lisa auditioned for the improv theater group, The Groundlings, based in Los Angeles. Cynthia Szigeti, a well-known improv teacher, took Lisa under her wing. In that class, Lisa became a friend of Conan O'Brien. Graduating with honors in 1989, Lisa became a full-fledged member of The Groundlings. Breaking into TV, she got a recurring role as Ursula, the ditsy waitress on Mad About You (1992). This led to her starring role on Friends (1994). In the debut season (1994-95) of Friends (1994), Lisa earned an Emmy nomination as Outstanding Supporting Actress in a Comedy Series; in 1998, she won that award for her role as Phoebe, the ditsy but lovable folk singer. Lisa has also been nominated for Golden Globe, Screen Actors Guild and American Comedy Awards for her performances.Lisa made the transition to the big screen with a lot of success. In 1997, she starred opposite Oscar winner Mira Sorvino in the above-mentioned Romy and Michele's High School Reunion (1997). Lisa garnered more praise for her film work when she got the New York Film Critics Award for her starring role in The Opposite of Sex (1997).Lisa married Michel Stern, an advertising executive, on May 27, 1995. On May 7, 1998, they were blessed with a son, Julian Murray; they live in Los Angeles.

Ghosting: The Spirit of Christmas