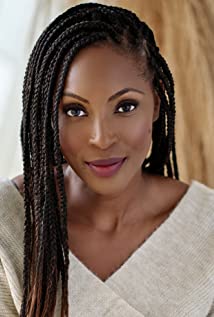 Actress Lisa Berry was born on November 6, 1979, in Toronto, Ontario. Canada. She is the youngest of four children. When she was seventeen, she got cast in a community theatre production of Fame: The Musical as Mable Washington, where she fell in love with the stage. She studied singing, acting and dance at the Randolph Academy College in Toronto.Berry made her screen debut in a small role playing the 'theatre manager' in Degrassi: The Next Generation (2006). Guest spots and supporting roles in various TV shows and films followed.In (2007), she was cast as "Tituba" in The Shaw Festival's productions of The Crucible. She spent the next decade playing leading roles on Canada's top stages. In 2017, Berry won the role of "Penny" in the Canadian Premier of Suzan-Lori Parks' Father Comes Home from the Wars, for which she was awarded a Dora Nomination for Best Actress in a Play.She's become recognized by mainstream audiences for her recurring roles as "Billie," aka Death in the sci-fi/fantasy hit show Supernatural, and "Cleophas Garroway" in Shadowhunters: The Mortal Instruments.She is a strong advocate for self-care, dedicating her social platforms to promoting mental health.