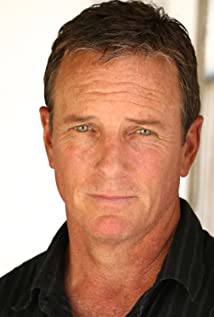 Born in Florida, blonde and handsome actor, after graduating from Bolles High School in Jacksonville, Florida, Ashby took a degree in psychology and business administration at Fort Lewis College in Durango in Colorado, and then moved to New York where he studied acting at Neighborhood Playhouse. After worked in small roles, in 1994 he appears in Wyatt Earp opposite Kevin Costner. However, the role that made him famous is that of Johnny Cage in Mortal Kombat martial arts film, based on the popular video game starring opposite Christopher Lambert. To prepare for this role, the actor trained for two months practicing martial arts. Then in 1997 he starred in the action film entitled Blast directed by Albert Pyun starring opposite Rutger Hauer, playing Jack Bryant and a former champion of Tae Kwon Do who is forced to use all his martial arts skills to fight the crazy plan of ruthless terrorists who want to blow the Olympic swimming pool in Atlanta where the Olympic Games are underway (a clear reference to the Olympic Games of 1996 in Atlanta where there was really an attack). In 1998 then took part in 35 episodes of the show Melrose Place where he plays the role of the handsome doctor Bret Cooper. In 2004 he starred in Wild Things 2 and meanwhile took part in 55 episodes of the soap opera Young and the Restless, where he played the cynical murderer Cameron Kirsten. In 2007 took part in the film Resident Evil: Extinction opposite Milla Jovovich. In 2008 he starred in Impact Point and co-starred with Steven Seagal in the action film Against the Dark. In 2009, he starred in action Anaconda - Trail of Blood. From 2011 to 2017 he played the role of Sheriff Stilinski in the TV series Teen Wolf.