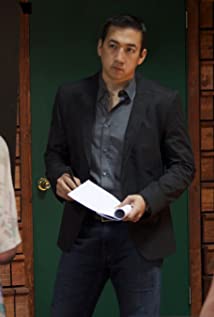 Lin Oeding is an American director and veteran stunt coordinator. Lin grew up in Houston, Texas and attended The University of Texas at Austin where he received a BFA in Film Directing and Screenwriting.As a result of his background in mixed martial arts and gymnastics, Lin got his early break working with Chuck Norris on the television series, "Walker: Texas Ranger".Over the next decade, Lin had the opportunity to study under many of the best directors in the business on projects such as "The Last Samurai", "Inception", "Star Trek" and over 100+ other movie and tv shows.While stunt coordinating "Straight Outta Compton", Lin's pre-viz caught the eye of director F. Gary Gray, and he was asked to direct 2nd unit for the Ferrari chase sequence as well as the opening crack house breach.Lin followed up "Straight Outta Compton" with his own short film, "Lifted" (starring Joel Edgerton). As a result of "Lifted" and his prior shorts, Lin's career took off in both features and television.Lin made his feature directorial debut with the action-thriller "Braven" starring Jason Momoa, and Stephen Lang. The movie released in 2018 to positive reviews from critics including: The Hollywood Reporter, Variety, LA Times, and NY Post. His background in both theater directing, and stunt coordination was noted by the critics in his sharp camera aesthetic, fluid action blocking, and effective storytelling.