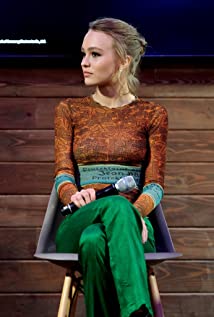 Lily-Rose Depp was born 27 May, 1999 in Paris, France. Her mother is French singing sensation Vanessa Paradis, and her father is American actor Johnny Depp. Her little brother, John "Jack" Christoper III, joined the clan in 2002. During Lily-Rose's early years, the Depp-Paradis family divided their time between their homes in France and LA, and the children would often travel with their parents while they were working.Depp and Paradis split in 2012 after 14 years together. Following the split, both Lily-Rose and Jack spent most of their time stateside where they attended prestigious private schools in LA.At school, Lily-Rose performs well academically. She has participated on the debate team, and has also participated in dance and music performances. She is well liked by her teachers and peers and is said to have a dry, somewhat dark sense of humor. She is lauded by those close to her as being extremely bright, funny and kindhearted. Beyond acting, she has also dabbled in recording; the track "La Ballade De Lily Rose" appears on Paradis' album "Bliss" (2000.)