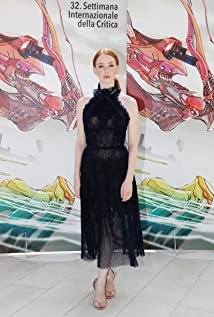 Lily Newmark is a British-American actor, born and raised in London. Her interest in performance began at 14, when she made costumes for the National Youth Theatre. After spending two years with the Albany Theatre Company in Deptford, she later joined the National Youth Theatre as an actor. She studied Acting and Contemporary Theatre at East 15 Acting school in Loughton, Essex, graduating in 2016.

How to Fake a War