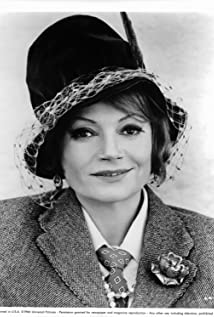 Lila Kedrova was a Russian actress, who spend most of her career as an expatriate. For her role as widowed courtesan Madame Hortense in Zorba the Greek (1964), Kedrova won the Academy Award for Best Supporting Actress. She was the first Russian actress to win the award, and this was her only Academy Award nomination.Kedrova was born in Petrogad, Russia (modern Saint Petersburg). She claimed to have been born in 1918, but she may have older by several years. She wanted to appear younger than she was. Her father was opera singer and liturgical music composer Nikolay Kedrov Sr. (1871-1940). Her mother was opera singer Sofia Gladkaya (1875-1975) was a singer at the Mariinsky Theatre and a teacher at the Conservatoire de Paris. Kedrova's older brother was composer Nikolay Kedrov Jr. (c. 1904-1981). Her sister, Irene Kedroff (real name: Irina Nikolayevna Kedrova) was a soprano.The Kedrov family left the Russian Soviet Federative Socialist Republic c. 1922, before the formation of the Soviet Union. They settled in Berlin , in the Weimar Republic. In 1928, the family moved to France (during the Third French Republic), where her parents were able to find better jobs.Kedrova made her theatrical debut in 1932, appearing with the Moscow Art Theatre touring company, the foremost state-supported theatre of the Soviet Union. She made her film debut in the World War I-themed historical drama Ultimatum (1938). She appeared exclusively in French theatre and film until 1964. "Zorba the Greek" was her first appearance in an English-language film.Kedrova's next notable role was that of Polish noblewoman Countess Kuchinska in the political thriller Torn Curtain (1966). She found some success in American theatre, playing Fraulein Schneider in the West End stage production of "Cabaret" (1968). She shared the stage Judi Dench.Kedrova appeared in Hollywood films for several years, mostly typecast in the role of an either eccentric or outright insane woman. Her last film appearance was a maternal role in the international co-production La prossima volta il fuoco (1993). She retired from acting as she was suffering from Alzheimer's disease.In February 2000, Kedrova died in her residence in Sault Ste. Marie, Ontario, The cause of death was pneumonia. She was cremated, and her ashes were buried in the Kedrov family grave at the Russian cemetery in Paris.

A Star for Two

Tell Me a Riddle