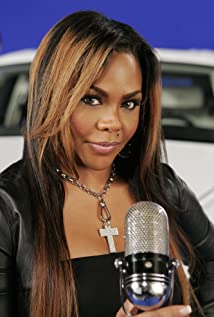 Kimberly Denise Jones, was born on July 11, 1974, to parents Linwood Jones and Ruby Mae. She is of Native American and African American descent. Standing just 4 feet 11 inches tall Kimberly Jones seems much less than being just your average girl in the hood, but when "Lil' Kim" was introduced to the world she became known for her provocative over-the-top outfits, glamorous blonde hair-dos, pornographic attitude, sexy man-crazed looks, and a groundbreaking triumph that eventually secured her place as one of the few female rappers in a male-dominated industry. A native of Brooklyn, New York, Kimberly was born into a broken home, by age 9 her parents had filed for divorce, leaving her and older brother Christopher under the custody of their father. A rebellious child living under the strict rules of her dad, Kimberly and her father had constant fights, and eventually she ran away from home. As a teenager she lived with friends, drug-dealing boyfriends, and, occasionally, on the streets. After meeting her mentor and life saver Christopher Wallace, (Notorious B.I.G/Biggie Smalls), she began to clean up her life and it was Christopher who helped her develop a career in music. By then Kimberly had taken in the slogan "Lil' Kim" after her height and curbing her name to just Kim. With the help of Christopher she became the only female member of the short lived rap group Junior M.A.F.I.A. Their 1995 debut album Conspiracy debuted at #8 on the Billboard Hot 100 and garnered the hit singles "Player's Anthem" (#13) and "Get Money" (#17). Following the release, Lil' Kim appeared on records by Mona Lisa, the Isley Brothers, Total, and Skin Deep. And it was obvious that it was time for her to come out with her own solo album, and that's just what she did in 1996, with the release of "Hard Core". Lil' Kim's marketing campaign for the album was quite challenging - she was dressed in a skimpy bikini and furs in advertisements, as well as the album covers - but instead of resulting in criticism, the album became a hit, debuting at # 11 on the pop charts. The first single from the album, "No Time" a duet with Sean "Puffy" Combs, became a #1 rap single and #20 on the pop charts. A top ten single followed with "Not Tonight" (#6). But while Lil Kim's career was blossoming, her life was shattered along with the music world when her father like figure Notorious B.I.G. was murdered on March 9, 1997. Following that incident, Lil' Kim took a hiatus from recording her own music, but she still kept busy with a string of other projects. She was one of the featured performers of Puff Daddy's highly successful 1998 "Bad Boy Tour", and built her own business with the launch of Queen Bee Records, with Lil' Kim herself as CEO. Her long-awaited "Notorious K.I.M." was released in the summer of 2000 under the Queen Bee record label and debuted at #1 on the Billboard R&B/Hip-Hop Charts. By then, she had lost weight but still kept the sexual techniques and provocative antics coming for fans that were hungry for more. She had also taken a shift into films debuting in the 1999 teen flick "She's All That" and playing Tina Parker in the 2002 comedy "Juwanna Man". In 2001 Lil Kim gained her first #1 hit on the Billboard Hot 100 in a remake of Patti Labelle's hit "Lady Marmalade" that collaborated her with singers Mya, Pink, and Christina Aguilera, the success awarded them a Grammy in 2002 for Best Pop Collaboration. Her third full-length album "La Bella Mafia" was released in 2003 debuting at #5 on the pop charts and earned her two more hits with "The Jump Off" (#17) and "Magic Stick/feat.50Cent" that shot to #2. Her album The Naked Truth released in September 2005 debuted at No. 6 on Billboard's Top 200 Album's chart and sold 109,000 copies during the first week of its release.

Biggie: The Life of Notorious B.I.G.